Read when you’ve got time to spare. 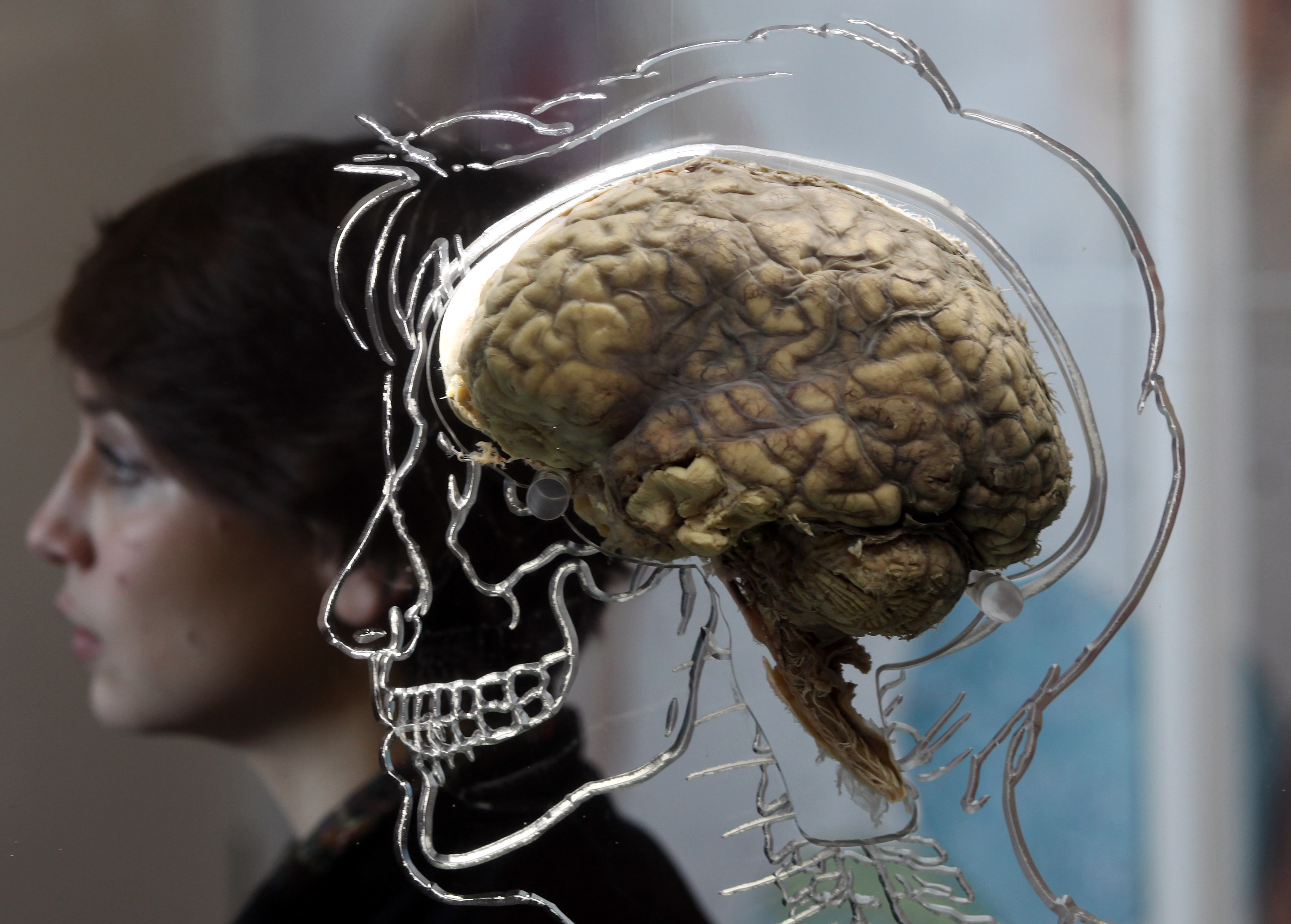 Whether you want to be a Jeopardy! champion or just need to remember where you parked your car, here are 11 things you can do right now to turn your mind from a sieve into a steel trap.

These days we’re all about things being faster. That’s why this advice is invaluable: When you really need to remember something, concentrate on it for at least 8 seconds. That can seem like a long time when you’re running around trying to get a million things done, but it is worth it. Studies have shown that 8 seconds is the minimum amount of time it takes for a piece of information to go from your short-term memory to your long-term memory.

2. Don’t Walk Through a Doorway.

We’ve all walked into a room and suddenly realized we can’t remember why we needed to be there in the first place. Don’t worry, you’re not getting more forgetful—chances are it was the act of walking through a doorway that made you go completely blank. Researchers found that participants in both virtual and real-world studies were far more likely to forget what object they had just placed in a container if they were asked right after walking through a doorway than if they carried the object the same distance in a single room. Scientists have yet to figure out why, but something about entering a new place seems to restart our memory.

If you’re having trouble remembering things at work, get a stress ball. The act of clenching your fist, if done correctly, can significantly improve your ability to recall information. Studies show that if you are right-handed, you should make a fist with your right hand before you try to memorize a piece of information. Then when you need to remember it, clench your left hand (the process is reversed for lefties.) Be sure to hold that position for a little while though; the study that discovered this had the participants squeezing for a good 45 seconds before letting go.

At this point we should just accept it that science considers exercise the cure for absolutely any problem, and memory is no different. The physical act increases alertness and oxygen supply to the brain, and may even increase cell growth in the parts of your brain responsible for memory. One study found that right after light exercise, women were able to recall things better than they could before working up a sweat. And while a quick jog can help you out right now, it is even more effective over the long term. A different study found that women who kept fit over six months significantly improved both their verbal and spatial memory.

At some point in high school or college, almost everyone has tried to pull an all-nighter before a big test (or so pop culture would have us believe). But even if you left your cramming until almost the last minute, it is more beneficial to get a good night’s sleep than to study until dawn. Studies have found that the processes your brain goes through while you’re asleep actually help you remember information better the next day. Your brain is bombarded with stimuli when you’re awake, and it uses the time you are asleep to process everything. That’s when it gets rid of unnecessary information and doubles down on remembering important things, like all that stuff in your biology textbook. Sleep is when it consolidates that information into a long-term memory. If you stay awake, your brain can’t go through this process.

We’re all font snobs to some extent. When it comes to books, newspapers, or the internet, we want everything to be clear and easy to read. But researchers have discovered that one of the best ways to remember something you’ve read is to read it in a weird font. The size and boldness makes no difference, although the harder it is to read, the better. When something is unfamiliar and difficult to read, you are forced to concentrate on it more, allowing you to remember it easier.

Large, bold fonts may actually hurt your ability to remember, as studies found that when asked to memorize a list of words, people predicted they would recall bold words easier than non-bold words, and therefore studied them less, leading to the opposite result.

If you need to remember a piece of information for around 30 minutes, try chewing gum. Studies have found that people do better on both visual and audio memory tasks if they are chewing gum while they do them. Just the act of chewing seems to keep people more focused and improve concentration.

But if you have a pop quiz sprung on you, leave the Juicy Fruit in your pocket. People who didn’t chew gum did better on very short memory tasks, while masticating helped people stay alert during longer ones.

These days it’s far more common to type up almost all the writing you need to do on your phone or computer. Shopping lists are saved on your tablet, phone numbers and email addresses under your contacts—it’s hardly necessary to remember anything anymore. That is, until you forget your phone and realize you don’t remember if you need to pick up bread and eggs. In the future, if you want to recall something, write it out in longhand. It doesn’t matter if you never actually read back what you wrote: Studies have shown that just the act of writing something out allows you to recall it in a way that touching a keyboard does not.

9. Know When to Turn the Music On—and Off.

Many people like a bit of music playing while they work or study. And listening to music before you start reading something you need to remember does indeed give you better recall. But once you start work, take out those ear buds. Researchers have found that listening to almost any noise, including music, while studying is a distraction, and you will recall less of what you read in the future. It doesn’t matter if you love the music or hate it; it has the same distracting effect as someone yelling random numbers at you. It might seem strange at first studying in complete silence, but science says it pays off in the long run.

One of the weirdest and most effective ways to remember something is to associate it with a visual image. This can be taken to an extreme, where you can recall a huge number of pieces of information just by building up a detailed visual image in your brain. Let’s say you wanted to remember that J.K. Rowling wrote the Harry Potter books. Rowling sounds like bowling, so visualize a bowling alley. Now add to this image a hairy potter. This hirsute man, his hands covered with clay, gets up to roll the ball down the lane. From there you could add other bits of information, for example the names of the different Harry Potter books. Eventually you have a place in your head full of information that you can access at any time. It sounds bonkers, but science says it works.

If you are sitting in a boring class or meeting, don’t be afraid to start drawing hearts and flowers in your margins. While it can look like doodlers are paying less attention than non-doodlers, in reality the act of drawing is helping to keep their brain active. Just sitting there when you are bored makes it easier for you to tune out and as a result you will remember less information. In studies, people who were given a doodling task while listening to a boring phone message ended up remembering 29 percent more of what was on the tape than people who just sat still and listened.

Reliable And Affordable Bulk SMS Provider For Businesses And Enterprises